Trump's Trade War Is Leaving Missourians Bruised, But Not Broken 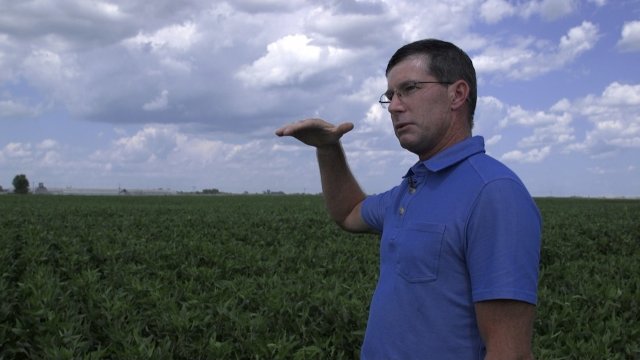 Todd Hays is the state vice president of Missouri Farm Bureau. He's also one of the many farmers facing retributive tariffs due to President Trump's trade war with China.

Hays told Newsy, "Our family's been farming for over 100 years. There's been bleak times, there's been low prices, there's been bad weather. We know that comes, and it goes, and we've got to keep going and work through it so that we'll be ready for the better times."

The trade war will get its first real referendum during the November midterm elections. And it'll be key battleground states like Missouri that will test how much political pressure the tariffs have put on voters.

Missouri's Democratic Senator Claire McCaskill is locked in a dead heat with her conservative rival, Missouri Attorney General Josh Hawley, in one of the pivotal races that could define which party controls the Senate. Both candidates are having to grapple with the effects of the trade war on their state.

Missouri's farmers are on the front lines of that fight. The state is one of the top 10 soybean-producing states in the U.S., and about a third of its soybeans wind up being sold in China. But China's 25 percent tariff on soybeans and other agricultural imports is making it harder for farmers to get a good price for their products.

To date, the U.S. has imposed tariffs on $250 billion worth of Chinese products, and China has hit back with tariffs on $110 billion worth of U.S. imports. Neither side seems ready to back down; in fact, Trump's talked about expanding the trade war to cover all of China's exports to the U.S.

China isn't the only trade factor putting pressure on Missouri's economy. Trump's protectionist tariffs on steel have made life a bit harder for some of Missouri's manufacturers.

Doug Olds is the vice president of Washington Metal Fabricators in Washington, Missouri. The company buys raw metal from U.S. producers and turns it into finished products for various clients.

He told Newsy, "For years, we've been able to ride the bubble out. Steel market fluctuated minorly, and we just never raised our prices or lowered our prices. … This was such a big hit, we did have to raise prices." 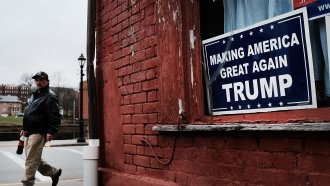 GOP Touts Mining, Manufacturing Boom, But Will It Last?

Trump's tariffs on foreign steel imports have allowed U.S. steelmakers to charge more for their products. That's good news for the steel companies, but bad news for the manufacturers that rely on that steel: higher prices have already driven one Missouri nail manufacturer to the brink of shutting down.

Things are nowhere near as dire in Washington; Olds says the company hasn't lost any business from the increased prices. He's more concerned with whether Trump's protectionism will bring manufacturing jobs back to the U.S.

Olds said, "That's probably our biggest problem as far as this company goes and our industry goes is not being able to find the workers. ... Some stuff will never be made in the US again, we realize that. But there's some stuff we do make that we should be able to produce at a fair market, worldwide market."

"The economy is going strong, we're not getting beat up. Is it an inconvenience? Absolutely. Is it something we're having to negotiate, yes. But it's a wait and see whether this is a good plan or a bad plan."

So far, the benefits of Trump's trade policies have yet to materialize across Missouri; a CBS poll in September found only 18 percent of likely voters in the state had seen positive effects from the trade war in their community.

But Missouri also hasn't turned against the president's trade agenda just yet either: Trump won the state by 19 points in 2016, and his approval rating is still holding steady in most polls.

And that support for Trump could give Hawley the edge in his contest with McCaskill. His message on trade — that better trade deals with China are worth some economic discomfort — seems to be resonating with people like Hays.

Hays said, "We need those markets to open up, we need better agreements. Most farmers will agree that needs to happen. We've been talking and wanting that for so long. We've finally got an administration that's said, enough's enough, we're going to do this."

"Farmers are always willing to say, we can take it for a little while. If this is going to help us and everyone, then we're all for it."

WEWS: The Issue In Returning To Restaurants