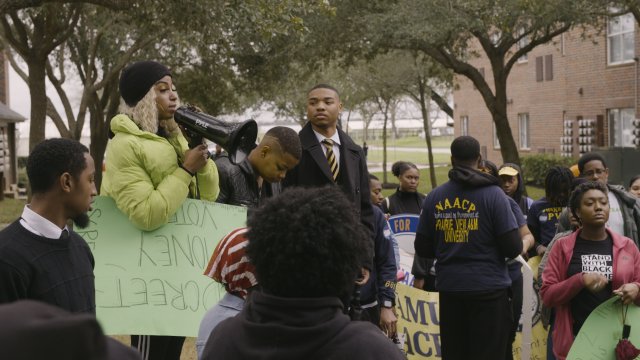 SMS
Why On-Campus Polling Locations Matter For College Students
By Ellen Rolfes
By Ellen Rolfes
October 22, 2020
When colleges have polling locations on-campus, a key barrier to getting out to vote is solved. But not all young voters have that privilege.

More than 15 million Americans have turned 18 since 2016, and young voter turnout has surged in recent elections. So even though college campuses look vastly different this fall as a result of the pandemic, many students are working tirelessly to get out the vote.

One important, but often overlooked, hurdle to voting is access to the polls. College students often don't have cars and when polls aren't located on or near campuses, the likelihood they'll vote drastically decreases.

The state of Texas is has the second largest college student population in the country, and because it has not expanded opportunities to vote by mail, proximity to polls will still be important for voter turnout.

Texas has eliminated 750 polling sites since 2010 and a new state law, known as H.B. 1888, has triggered fewer early voting sites as well, including those previously held on campus.

And while the Supreme Court has affirmed the right of all college students to vote in their campus communities, it hasn't guaranteed their right to vote on campus.

Newsy met with college students at University of Texas at Austin and Prairie View A&M to hear how they are working to increase voter turnout amongst their peers.