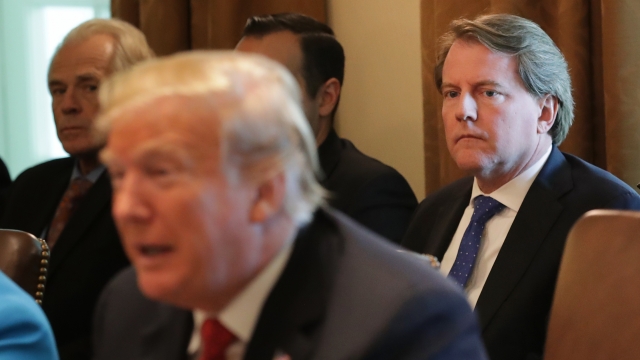 President Trump reportedly asked officials to speak with McGahn on the issue of obstruction. McGahn had initially contemplated the request, but after the Mueller report was released, he decided against putting out the statement.

Reporting from the Times suggests the White House was hoping a statement from McGahn would both calm the president and help push back against the Mueller report.

In a statement, McGahn's lawyer said that he and his client initially did not consider the request improper.