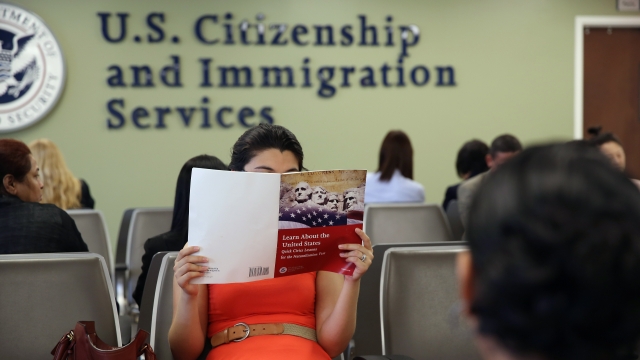 SMS
Immigration Officials Announce Changes To U.S. Naturalization Test
By Alec Larson
By Alec Larson
July 19, 2019
The citizenship test has a 90% pass rate, and it hasn't been revised since 2009.
SHOW TRANSCRIPT

On Friday, Citizenship and Immigration Services announced the U.S. naturalization test will be updated for the first time in 10 years.

In a statement, the agency said it's revising the test in order to "ensure it continues to serve as an accurate measure of a naturalization applicant's civics knowledge and that it reflects best practices in adult education assessments."

A USCIS official told CNN the changes will mostly affect the civics portion of the exam, but that the English section could also be reworked.

The overall pass rate for the current test stands at 90%, and nearly 757,000 people were naturalized in fiscal year 2018.

The announcement comes just days after President Donald Trump tweeted that certain Democratic congresswomen should "go back" to where they came from. His comments reignited a debate over who should be allowed into the country.

The new version of the test is expected to roll out in December 2020 or early 2021 after a series of test runs.