Sub-National Stakeholders Plan To Keep US Working Toward Paris Goals 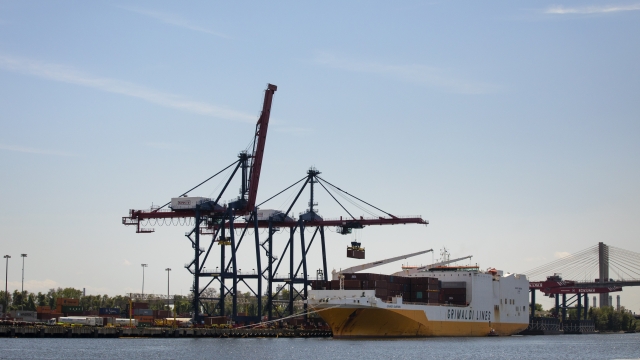 By Evan Thomas
December 9, 2019
A coalition of states, cities and companies say they expect to keep their emissions on a downward trend through 2030.
SHOW TRANSCRIPT

U.S. leadership plans to withdraw from the Paris Agreement. But states, cities, and corporations are still committing to its terms. At the UN's COP25 climate conference, this group of stakeholders shared new details about what they could do by 2030, as long as they have the right support.

"If you put this collection of entities together, just to give you a sense of the scale of it, you would be the second largest economy in the world," Andrew Light, a distinguished senior fellow at the World Resources Institute, told Newsy. "It would be like the U.S. economy, and then this collection of a subset of the U.S. economy, and number three is China. So it's enormous."

The report lays out a scenario where sub-national groups take the lead on three major progress areas: They would push toward 100% clean electricity generation, phasing out coal entirely by 2030. They would make energy-heavy sectors like industry, transport and infrastructure more efficient. And they would put more emphasis on the natural carbon sinks of farms, forests and wetlands.

COP25 Talks Climate Solutions, Even As The US Leaves Paris Agreement

"These states and cities alone can do a lot there. But really to get the US really back to where it needs to be, you're going to need a resumption of federal leadership in the next decade," Light said.

Experts expect adding federal policy to the plan could drive national emissions down to 49 percent below 2005 levels — enough to put the U.S. back in line with the goals of the Paris agreement.