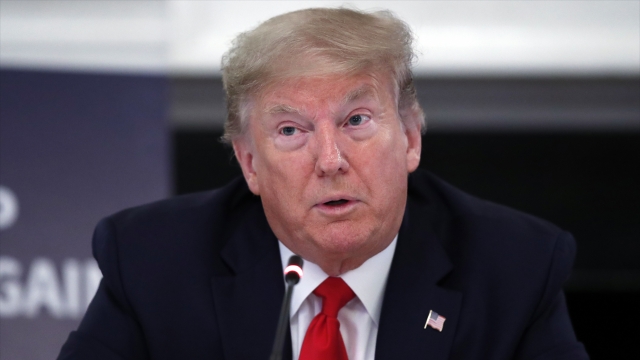 "We will take action to revoke Hong Kong's preferential treatment as a separate customs and travel territory from the rest of China," President Trump said. "The United States will also take necessary steps to sanction PRC and Hong Kong officials directly or indirectly involved in eroding Hong Kong's autonomy."

The Chinese government recently approved national security legislation that some critics have said is China's attempt to curtail civil rights guaranteed to Hong Kong under the "one country, two systems" model. The move prompted Secretary of State Mike Pompeo to certify to Congress that the U.S. can no longer consider Hong Kong autonomous from mainland China.

News of the national security law sparked a wave of pro-democracy protests in Hong Kong.