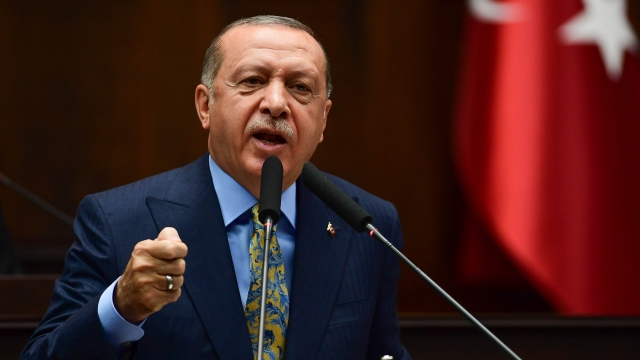 SMS
Turkey Says The US Won't Impose Sanctions Over Russian Missile Deal
By Alec Larson
By Alec Larson
June 30, 2019
Erdoğan told reporters the U.S. would not impose sanctions on Turkey after talks with President Trump at the G-20 summit in Japan.
SHOW TRANSCRIPT

On Saturday, Turkish President Recep Tayyip Erdoğan told reporters that the Trump administration will no longer impose sanctions on Turkey in retaliation for its purchase of Russian defense systems.

Erdoğan said that President Trump told him this personally at the Group of 20 summit in Japan.

U.S. officials had previously warned Turkey that it would be expelled from the U.S.'s F-35 program if the country proceeded to purchase missiles from Russia. The U.S. believes the Russian defense systems are not compatible with NATO's defense network, and could potentially compromise its F-35 fighter jets.

Erdoğan has said that he expects to receive the Russian S-400 missile defense systems in July.