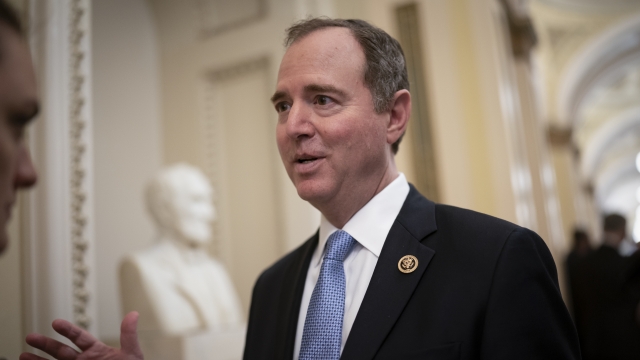 The Justice Department under former President Donald Trump seized data from the accounts of at least two members of the House Intelligence Committee in 2018 as part of an aggressive crackdown on leaks related to the Russia investigation and other national security matters, according to a committee official and two people familiar with the investigation.

Prosecutors from Trump’s Justice Department subpoenaed Apple for the data, according to the people, who were granted anonymity to discuss the secret seizures first reported by The New York Times.

The records of at least 12 people connected to the intelligence panel were eventually shared, including Chairman Adam Schiff, who was then the top Democrat on the committee. California Rep. Eric Swalwell was the second member, according to spokeswoman Natalie Edelstein. The records of aides, former aides and family members were also seized, including one who was a minor, according to the committee official.

Apple informed the committee last month that their records had been shared, but did not give extensive detail. The committee is aware, though, that metadata from the accounts was turned over, the official said. The records do not contain any other content from the devices, like photos, messages or emails, one of the other people said. The third person said that Apple complied with the subpoena, providing the information to the Justice Department, and did not immediately notify the members of Congress or the committee about the disclosure.

While the Justice Department routinely conducts investigations of leaked information, including classified intelligence, opening such an investigation into members of Congress is extraordinarily rare.