This Sinkhole Swallowed More Than A Dozen Cars In Florence, Italy 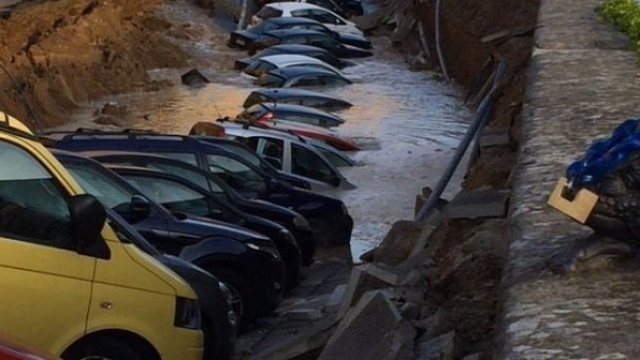 SMS
This Sinkhole Swallowed More Than A Dozen Cars In Florence, Italy
By Melissa Prax
By Melissa Prax
May 25, 2016
The cars slid into the hole, which reached depths of 22 feet in some spots.
SHOW TRANSCRIPT

A sinkhole gave way in Florence, Italy's historic district, causing more than a dozen cars to slide into the ditch, which is up to 22 feet deep in some spots.

The local fire department said a burst pipe caused the hole and that water had to be temporarily shut off in the area.

Local media report the broken pipe had flooded the streets the night before.

The hole is near the Arno River and the UNESCO heritage protected bridge, Ponte Vecchio.

The city of Florence posted pictures of cranes later removing some of the cars as two nearby buildings were evacuated.

The city's mayor tweeted there were no injuries and encouraged drivers with cars near the area to move.