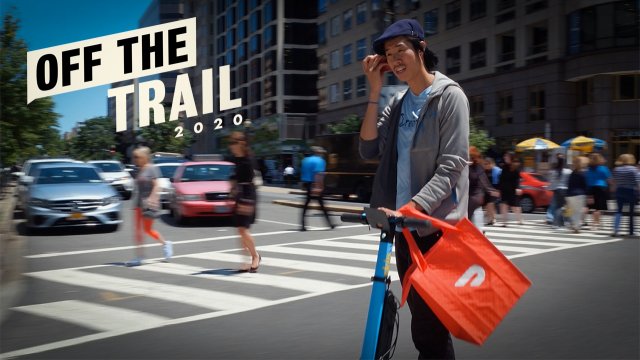 By Bianca Facchinei
June 13, 2019
Newsy's "Off The Trail" series digs into the gig economy to see what happens when a gig becomes a full-time job.
SHOW TRANSCRIPT

The nature of work in America is changing. And that's due in part to the gig economy. More people are working part-time, short-term "gig" jobs, like ride-share driving or app-based deliveries. A growing number of those gig workers are relying on these jobs as their primary source of income.

But because their employers consider gig workers to be independent contractors, workers go without benefits, overtime pay and many of the worker protections provided to full-time workers.

Newsy partnered with Ipsos to get a better sense of what the American public and gig workers themselves would like to see change in the gig economy. Of all registered voters surveyed, 71% said they support extending full-time workers' rights to gig workers. Among gig workers, 87% supported extending rights. Still, 81% of gig workers said flexible working conditions were important to keeping costs low for employers.

In this episode of "Off The Trail," Newsy follows gig workers weighing the benefits of freedom and flexibility versus a lack of benefits and worker protections.

Leading up to the 2020 presidential primaries, new episodes of "Off The Trail" will air monthly on Newsy's cable channel, streaming platforms and on-demand at newsy.com. To find all the ways to watch Newsy, visit newsy.com/platforms.

House Votes To Impeach President Trump For Incitement Of Insurrection