Supreme Court Ruling Could Change Gun Laws In Many States 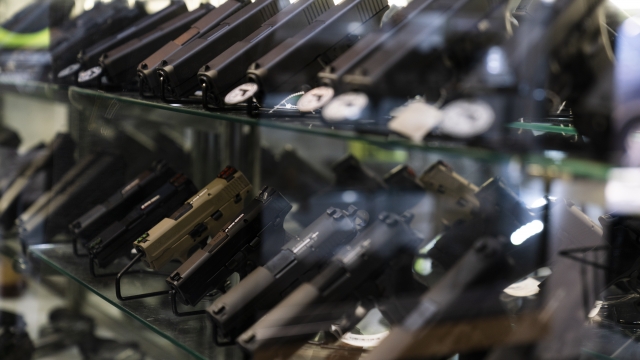 SMS
Supreme Court Ruling Could Change Gun Laws In Many States
By James Packard
By James Packard
June 23, 2022
The ruling will strike down certain existing gun laws in New York, and puts similar requirements in other states at risk.

"This is an absolute disgrace," Rev. Patrick Mahoney of Faith Leaders for Ending Gun Violence said.

He spoke of a critical Supreme Court ruling that could drastically change how more than half a dozen states permit people to carry guns – in public.

"I believe it defies common sense, and The Constitution of the United States," Vice President Kamala Harris said.

The ruling strikes down New York’s standard to carry a gun, and puts similar requirements in other states at risk.

"We'll have to carefully study that opinion and try to tailor Maryland's laws and regulations, so that we can be protective of our residents and still should within their interpretation of the second amendment," Frosh said.

He warned in a letter earlier this month, that a decision like this would prompt a slew of legal challenges, and impact California’s standard.

Already, gun rights groups are preparing legal notices to some of the state’s most populous counties, where officials follow a similar standard as New York to determine if someone needs to carry a gun in public.

With the ruling, those counties may need to flip the burden of proof and issue a permit – unless the government can show a reason an applicant should not be allowed to carry.

Tom King is the President of the New York State Rifle and Pistol Association.

"We are not the problem. The problem is the criminals and the wrongdoers in the state, and the politicians have to learn that, and they have to get off their butt do something to solve the crime problem in New York state, not the gun problem, because there wouldn't be a gun problem if it wasn't for the crime," said King.

"There is no place in the nation that this decision affects as much as New York City," Mayor of New York Eric Adams said.

The ruling could effectively make it much easier to carry a gun in cities like New York, Los Angeles, San Francisco, Boston, Baltimore and Newark.

Richard Aborn is the President of the Citizens Crime Commission of New York City.

State lawmakers could up standards of training to carry a gun, like the ones lawmakers are pursuing in Hawaii, perhaps the most gun-restrictive state in the union.

"So it could well be that many people now decide to get a gun, to carry it in urban areas, and let's note, carrying a gun is a monumental decision. You have an awesome amount of killing power on your hip, but most people will be inexperienced, untrained, won't know the precautions and may make very bad decisions about when to use that gun," Aborn said.