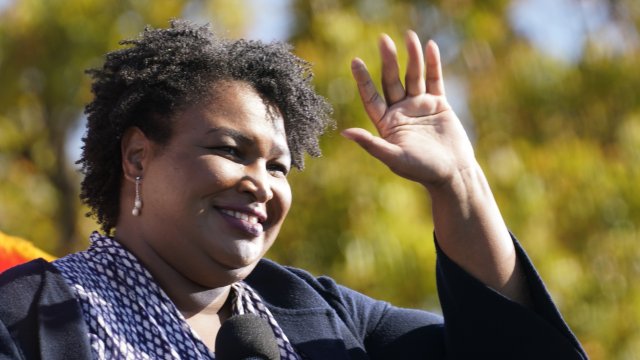 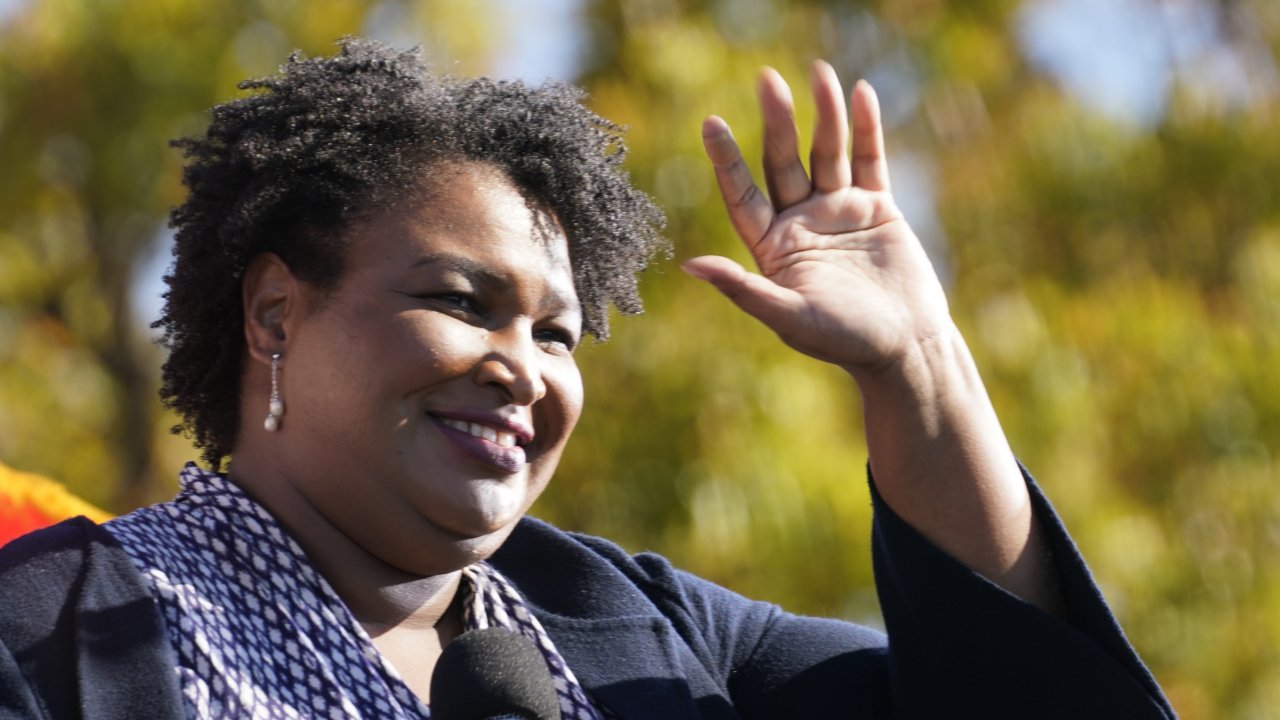 Stacey Abrams, the Georgia Democrat and leading voting rights activist, said Wednesday that she will launch another campaign to become the nation's first Black woman governor.

Without serious competition in a Democratic primary, the announcement could set up a rematch between Abrams and incumbent Republican Gov. Brian Kemp. Their 2018 contest was one of the most narrowly decided races for governor that year and was dominated by allegations of voter suppression, which Kemp denied.

Yet Abrams' strong showing convinced national Democrats that Georgia should no longer be written off as a GOP stronghold. Her performance and subsequent organization convinced Joe Biden to invest heavily in the state in 2020, and he became the first Democratic presidential candidate to capture it since 1992. The party later won a narrow Senate majority after victories in two special elections in the state.

The 2022 governor's race will test whether those gains were a one-time phenomenon driven by discomfort with then-President Donald Trump or marked the beginning of a more consequential political shift in a rapidly growing and diversifying South. The Democratic loss in the Virginia governor's election could raise questions about whether Abrams' straightforwardly liberal approach can be effective in a national environment currently trending against the Democrats.

In a video announcing her candidacy, Abrams said “opportunity and success in Georgia shouldn’t be determined by background or access to power.”

Abrams said she would provide “leadership that knows how to do the job, leadership that doesn’t take credit without also taking responsibility, leadership that understands the true pain that folks are feeling and has real plans. That’s the job of governor, to fight for one Georgia, our Georgia.”

Kemp said in a statement that Abrams was a on a “never-ending campaign for power” in an attempt to become president, linking her to what he said was the “failed Biden agenda.”

“Her far-left agenda of open borders, gun confiscation, high taxes, and anti-law enforcement policies don’t reflect who we are as Georgians,” Kemp said.

In a state where Democrats often sought — and failed — to win power by relying on Black voters and appealing to older white moderates, Abrams ran in 2018 as an unapologetic progressive. The 47-year-old Abrams embraced expanding Medicaid access, something a series of Republican governors have refused to do, and supported abortion rights.

Georgia remains narrowly divided, and voters often reject the president’s party during the first election of their presidency. But in abandoning nods at centrism, Abrams insists Democrats can attract new voters, including recent transplants to the booming Atlanta area, Black voters who hadn’t participated in previous elections and younger, more liberal white voters.

Although Kemp defeated her by 1.4 percentage points, Abrams won 778,000 more votes than the previous Democrat to run for governor.

Abrams was defiant in the face of the 2018 loss, acknowledging Kemp as the victor but refusing to concede the race, citing “gross mismanagement” in his role as secretary of state overseeing the election. She accused Kemp of using his office to aggressively purge the rolls of inactive voters, enforce an “exact match” policy for checking voters’ identities that left thousands of registrations in limbo and pass other measures to tilt the outcome in his favor.

Kemp has repeatedly denied any wrongdoing.

After the election, Abrams started Fair Fight, an organizing group that has raised more than $100 million and built a statewide political operation that registered hundreds of thousands of new voters in Georgia. The state saw record-breaking turnout in the 2020 presidential race and January Senate runoff elections.

Now, Abrams and Kemp look like they may face a rematch in a new political climate. For one, Kemp faces opposition from Trump and his most loyal GOP supporters for not supporting the former president’s baseless argument that he was cheated out of reelection through massive voter fraud, including in Georgia. Election officials conducted three recounts in the state, each of which affirmed President Biden’s victory.

Trump, who campaigned for Kemp in 2018, is now one of the governor’s most vocal critics. The former president held a rally in the state in September, pointedly inviting former U.S. Sen. David Perdue to run against Kemp and sarcastically suggesting to the crowd that he would prefer Abrams to the incumbent governor.

Since then, Perdue has privately consulted with leading Republicans about a possible bid and suggested in a radio interview last month that “a lot of people feel like that people in power ... caved in to a lot of things back in 2020 that didn’t have to be done,” a reference to Kemp’s refusal to overturn President Biden’s Georgia victory.

Kemp’s disavowal of problems in Georgia’s election results did not stop him from pushing through restrictive changes to voting laws in response to Trump’s 2020 national defeat. Many Democrats are worried that Georgia’s new law, which gives the GOP-controlled legislature more control over elections officials, will reverse Abrams’ years of fighting voter suppression. Still other Democrats hope the new voting law will invigorate supporters and make them even more determined to go to the polls.

Abrams has used voting concerns to mobilize Democrats, telling The Associated Press in April that “Republicans are gaming the system because they’re afraid of losing an election.”

Republicans, meanwhile, have tried to gain an upper hand by using the prospect of an Abrams candidacy to galvanize its voters. Earlier this year, Kemp allies preemptively formed a group called Stop Stacey, aimed specifically at stopping her from winning the governorship in 2022.

Abrams faces vulnerabilities on several fronts. Her national stature could raise questions that she’s more interested in eventually seeking higher office than in running the state. Republicans tried to blame her for Major League Baseball’s decision to pull the All-Star Game out of Atlanta last year over backlash to the restrictive new voting law, though Abrams repeatedly discouraged boycotts.

Moving forward, she is part of a growing contingent of Black women seeking statewide office.

And in Virginia, Winsome Sears was elected lieutenant governor as a Republican.

But none has the national stature of Abrams.

Since 2018, Abrams was named to Time magazine’s list of the world’s 100 most influential people. She was featured in Vogue and interviewed on a podcast by the Duke and Duchess of Sussex. She wrote two books, including a legal thriller. She conducted a 12-city speaking tour. She considered a run for president in 2020 before eventually deciding against it. When Joe Biden became the nominee, she openly lobbied to be his running mate, a position that ultimately went to Kamala Harris.