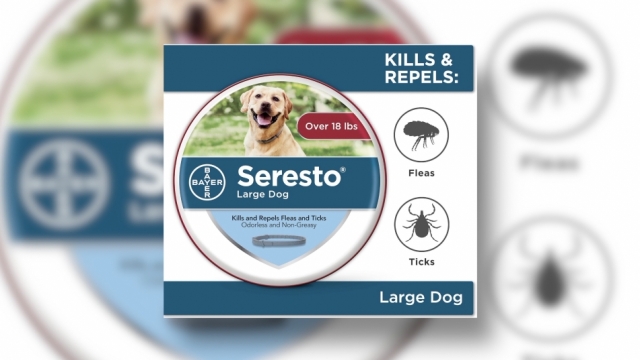 Fur moms and dads – heads up!

A popular flea and tick collar for pets has been connected to almost 1,700 deaths and tens of thousands of injuries.

That's according to an Environmental Protection Agency document released today.

Seresto collars -- it began selling in 2012 -- release small amounts of pesticide into animals. Despite the incidents, the EPA has not officially informed the public of the potential risk.

What's Behind COVID Vaccine Side Effects?

WPTV: Inside The Effort To Save Manatees

KGTV: Can We Ease Up On Deep Cleaning Surfaces?

WXYZ: What COVID Positivity Rates In One County Mean For Michigan

WTVF: These Researchers Are Trying To Prevent The Next Pandemic

WTKR: More COVID Patients Are Being Diagnosed With Diabetes

WXMI: Michigan Sees A Spike In Kids Hospitalized With COVID-19

Vaccine Divide: What Numbers Show About Hesitancy In Rural Areas

U.K. Eases Restrictions For Pubs, Restaurants And Other Businesses

WRTV: Why This Doctor Says Reaching Herd Immunity Is So Important

What To Know About Over-The-Counter Rapid COVID-19 Tests

'It's Not For Lack Of Trying': Vaccine Hesitancy Haunts Rural Florida

U.K. Recommends Other Shots For People Under 30

In Washington, Some Frustrated Residents Travel Hours to Find Vaccines

Back In The Ballpark During A Pandemic

More Than 80% Of Teachers, Staff Have Received 1 Dose