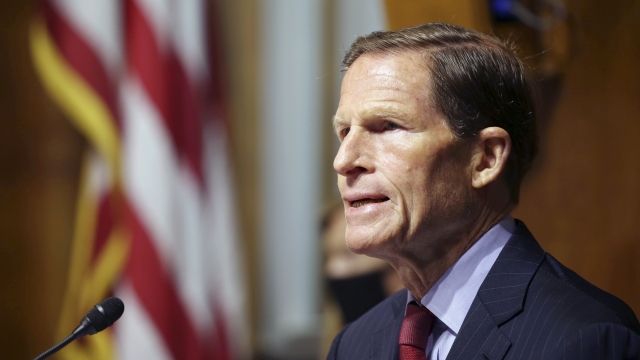 While abroad, the president is keeping tabs on his agenda at home including work to get an infrastructure package in place.

Newsy has confirmed that these 10 senators, five Republicans and five Democrats are proposing $1.2 trillion in spending over 8 years — nearly half of it would be new spending on infrastructure.

The senators say their proposal would be fully paid for but it would not include a key part of the president's plans — corporate tax increases.

Some Democrats doubt this will get approval from the White House or from enough Republicans to clear the Senate.

"I really think it’s time to pull the plug now and take action promptly and robustly, because every indication is that republicans simply aren't serious," said Sen. Richard Blumenthal from Connecticut, a Democrat.

In a statement, the White House said the president appreciates the senator's work to advance talks on infrastructure, including investments in new jobs and clean energy, but it said questions still need to be answered about policy details and how the package will be paid for.