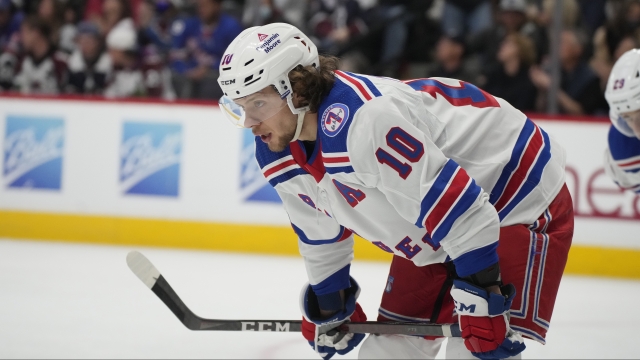 As the sports world responds to Russia's attacks on Ukraine, Russian NHL hockey players are having to navigate thin ice.

Daniel Milstein is a political refugee turned business mogul from Ukraine, who happens to represent some of the biggest names in the NHL — many of whom are Russian.

Athletes Force A Change In Ban Of Russians At Paralympics

"They say that sports should not be within politics," Milstein said. "But unfortunately, it's been all about the politics."

In recent days, Milstein says many of his Russian clients have received hateful and derogatory messages on social media telling them to leave North America and in some cases wishing them death.

He says his clients are receiving these threats regardless of whether or not they've spoken out against Russia's attacks in Ukraine — a personal decision Milstein says these players are not taking lightly.

"They're hockey players. They're good people that are in an extremely difficult situation," he continued. "They might be here in the country with their wives, but their families, their parents are back home."

Earlier this week, Rick Westhead of The Sports Network reported that some NHL agents are advising their Russian clients to be careful in speaking out, as Russian parliament is "considering new law that could mean up to 15 years in prison for spreading 'fake news' about the war." 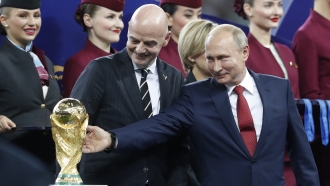 This wouldn't be the first time Russian hockey players have been met with the threat of repercussions for speaking out against President Vladimir Putin and his government.

In 2021, New York Rangers winger Artemi Panarin was hit with allegations by a Russian tabloid that he assaulted a woman in Russia in 2011. These allegations surfaced after Panarin spoke out against Putin and showed support for his political rival Alexei Navalny.

"My clients aren't bombing anybody right now," Daniel Milstein said. "My clients are contributing members to our society at home here in the United States and Canada, and also in Russia and other countries as well."

In response to the attacks on Ukraine, the International Ice Hockey Federation says it has banned Russia and Belarus national teams from all international competition for the foreseeable future. Meanwhile, the NHL says it has suspended its relationships with Russian businesses and is extending support to its Russian players.

However, Milstein says he is concerned that young Russian players looking to get drafted to junior leagues in Canada and the U.S. later this year may be wrongly overlooked because of where they're from.

"Don't be picking on individual 16-year-old kids," he said. "He hasn't done anything wrong. This kid is all about playing hockey, being a good athlete and being a contributing member to society. Don't punish him for the big boy's actions."

Milstein says that would be detrimental for the future of the sport.