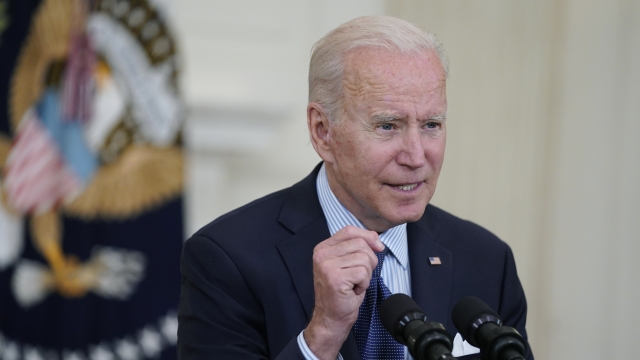 He wants to deliver at least one shot to 70% of adults by the Fourth of July, which is about 181 million people. The president also wants to ensure 160 million Americans are fully vaccinated by that time.

More than 56% of American adults have received at least one dose of a COVID-19 vaccine and nearly 105 million are fully vaccinated so far. But demand for vaccines has dropped off.

President Biden has called for states to make vaccines available on a walk-in basis and announced a new website, vaccines.gov, to help people find providers nearby.

"In the next two months, our focus is going to be on three groups: kids between 12 and 15 who are awaiting potential FDA authorization to get a shot," President Biden said. "Two, adults who have had trouble locating a place to get a shot or who just haven't gotten around to it. And three, those who need more convincing, being convinced is a necessity of getting the vaccine."