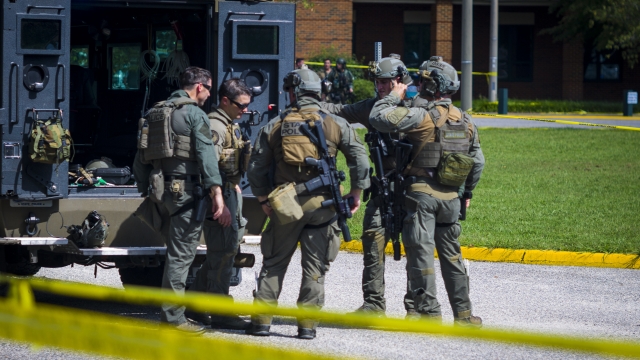 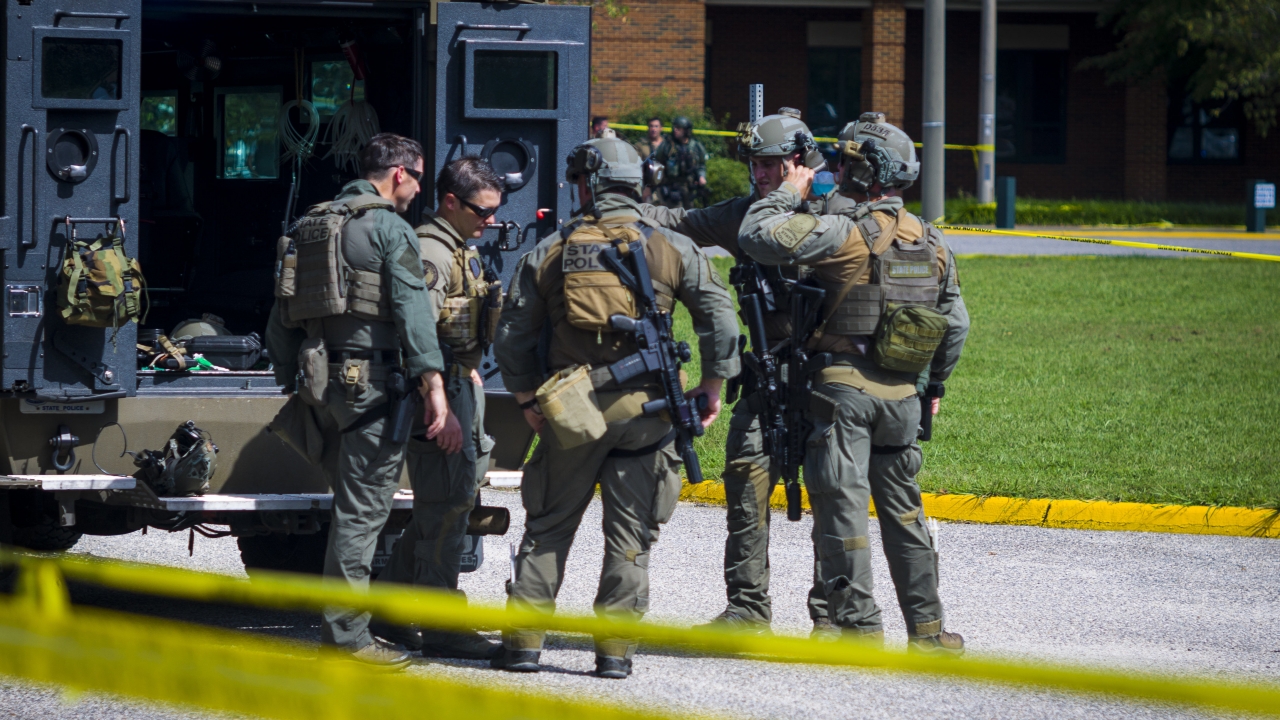 Two students were wounded in a shooting at a Virginia high school and a suspect is in custody, police said Monday.

A 17-year-old boy was shot in the side of his face at Heritage High School and a 17-year-old girl was shot in the leg, Newport News police Chief Steve Drew said at a news conference. Both were taken to the hospital and neither injury was thought to be life-threatening, he said.

A boy was taken into custody in the case, police said in a statement. The chief said authorities believe the suspect and victims knew one another but did not provide details. The firearm was found at the scene of the shooting, he said.

“The motive is certainly interesting to me,” Drew said at a briefing without elaborating. The suspect wasn't apprehended at the school, he said.

George Parker, superintendent of Newport News Public Schools, said the high school does random searches for guns. Classes resumed on Sept. 8, so students were in their second full week of the school year.

Video from the scene showed tactical units arriving at the scene, parents on sidewalks talking on cellphones as crime scene tape stretched across portions of the school parking lot.

Drew said two other people were taken to the hospital after the shooting: one whose arm was injured as people ran from school and another because of asthma. Reports of active shooters at other schools were false, police said.