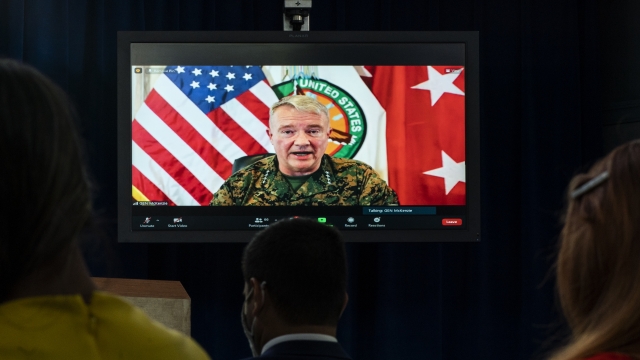 Military officials have accepted responsibility for the innocent civilians who were killed in a recent drone strike in Afghanistan.

"Our assessment is that the strike was a tragic mistake," Commander Gen. Kenneth McKenzie said.

"The strike was executed at this time because the vehicle was stationary," McKenzie said. "It struck the vehicle at 4:53 p.m. It is my assessment that leaders on the ground and the strike cell had achieved a reasonable certainty at the time of the strike to designate the vehicle as an imminent threat to U.S. forces at the airport and that they made the self-defense strike in accordance with established rules of engagement."

Ten people were killed, including seven children and an employee with Nutrition and Education International.

General McKenzie says the Department of Defense is considering reparations for the affected families.

"I would reject a parallel between this operation and an over-the-horizon strike against an ISIS K target. Again, because we will have an opportunity to further develop target and time to look at pattern of life. That time was not available to us because this was imminent threat to our forces. It's important that I emphasize that we did not have the luxury of time to develop pattern of life and a number of other things. We struck under the theory of reasonable certainty. Probably, our strikes in Afghanistan going forward will be under a higher standard.

Defense Secretary Lloyd Austin has ordered a thorough review of U.S. Central Command's investigation. The review will include possible accountability measures and ways to prevent incidents like this from happening in the future.