Parents Of 'Stand With Parkland' Advocate For School Safety Reform 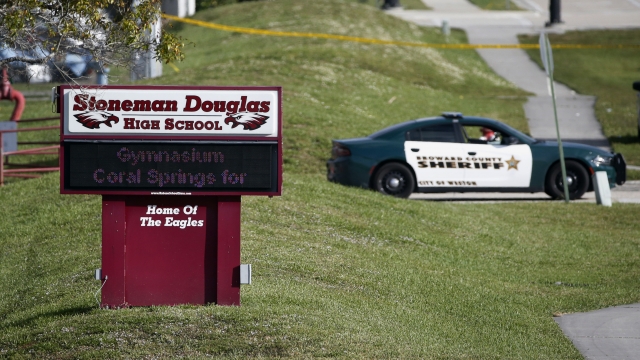 SMS
Parents Of 'Stand With Parkland' Advocate For School Safety Reform
By Haley Bull
By Haley Bull
February 7, 2022
Families of the victims of the Parkland school shooting four years ago continue to push back against violence in schools through legislative reform.

Nearly four years since 17 students and staff were murdered in Parkland, Florida, families are working to make sure others don't suffer the same tragedy.

"We sent our children to school and they never came home that day," Tony Montalto said.

"Gina was an excellent student. She was bright, she was bubbly, she was often the first one to reach out to new kids to offer them friendship," Montalto continued.

"He was sweet, very caring," his mother Gena Hoyer said. "People always called him a mama's boy, so we were together a lot. I found out a lot about him from his friends since he passed away. How much he made them laugh — he was kind of like the glue with these friends."

The parents are part of Stand With Parkland, a national organization started by the families of those killed. The group's approach is to bring people together to address school safety enhancements, mental health and responsible firearm ownership.

"All three of those things failed us on that terrible February day," Montalto said. "We look to be the voice of the middle, to bring people together, to find pragmatic solutions to change policy and law so that America's students and teachers are safer while they're in school."

The Marjory Stoneman Douglas High School Public Safety Act addressed firearms as it relates to mental health. On firearms, it raised the age for buying and prohibited bump-fire stocks from being imported, distributed or sold within Florida.

They look to the Eagles Act, which would re-authorize the National Threat Assessment Center. Activists point to the Mental Health in Schools Excellence Program, which would help fund graduate students going into school-based mental health services.

"We're hopeful that with some of the infrastructure bill that's been recently passed, that some of those dollars will be spent to make sure our schools are safer," Montalto said.

However, since Valentine's Day 2018, more shootings have occurred and more lives have been lost. So their work continues, to make sure no other families experience the same pain they do.

"I'm becoming very frustrated," Gena Hoyer said. "This is why we do what we do. We were hoping no other parent has to go through what we have had to go through. And it continues. The Marjory Stoneman Douglas massacre was preventable. What happened at Oxford High School — preventable."

Click here for more information about Stand With Parkland: The National Association of Families for Safe Schools.