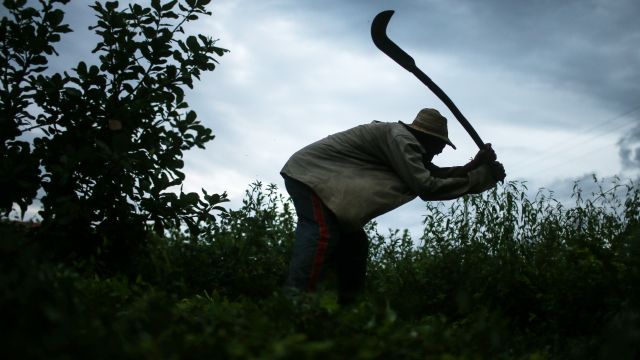 SMS
Over Half Of The World's 45 Million Slaves Are Located In 5 Countries
By Katie Link
By Katie Link
May 31, 2016
Report says some form of modern enslavement is prevalent in 167 countries today.
SHOW TRANSCRIPT

Nearly 46 million people worldwide are enslaved and more than half of those people are living in five countries, according to a new report.

The Walk Free Foundation published the 2016 Global Slavery Index on Tuesday after conducting thousands of interviews. It says about 58 percent of people trapped in modern slavery are located in India, China, Pakistan, Bangladesh and Uzbekistan.

A spokesperson for the group told CNN: "Slavery is not a thing of the past, and we must stop thinking that it is. The very nature of modern slavery means it is clandestine and hidden from view, but that doesn’t mean it isn’t everywhere."

The Walk Free Foundation describes modern slavery as "situations of exploitation that a person cannot refuse or leave because of threats, violence, coercion, abuse of power or deception." Common forms of slavery include forced labor, sex trafficking, bonded labor and involuntary domestic servitude.

The group says some form of modern enslavement is prevalent in 167 countries today. What's more, the number of enslaved victims has risen by 28 percent since the last index was published in 2014.

But experts say that jump is likely the result of better data collection and research methodology.

The report also applauds several countries working to combat modern slavery. The organization gives a thumbs up to the Netherlands, the U.S., the U.K., Sweden and Australia among others for their efforts to end the practice.

This video includes clips from United Nations and images from Getty Images.