Congress Grills Gas CEOs About High Prices At The Pump 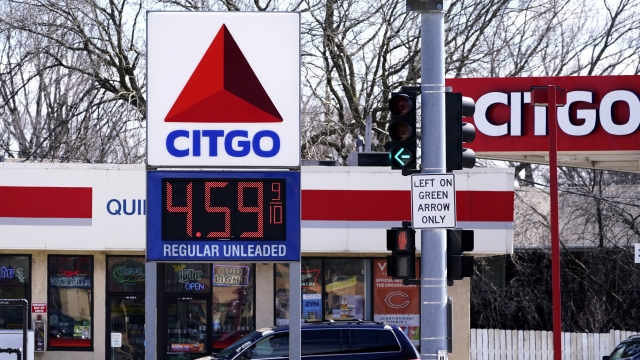 At a Congressional hearing Wednesday, oil company CEOs were on the hot seat.

"Some of our witnesses today have stated publicly that their focus is not on helping American families or on fueling America's economy. It's enriching their shareholders," said Rep. Diana DeGette.

House Democrats grilled the company heads on why gasoline prices remain high, even though prices have dropped for crude oil. Crude makes up at least half the price of what consumers pay at the pump.

"We do not control the market price of crude oil or natural gas, nor our refined products like gasoline and diesel fuel," said Devon Energy CEO Rick Muncrief.

"No single company sets the price of oil or gasoline. The markets establishes the price based on available supply," said Exxon CEO Darren Woods. "We need more supply."

But Democrats insisted waving away the problem as one of supply and demand wasn't a good enough explanation.

"We're here to get answers from the big oil companies about why they're ripping off the American people," Rep. Frank Pallone said.

Rather, they pointed to the fact oil companies aren't putting more product on the market, but rather rewarding shareholders and giving CEOs rewards.

"The American people are not getting a $4 million raise," Rep. Nanette Barragan said. "They're not having their pay doubled. And what's happening is, they are feeling the pinch."

Republicans complained that the problem is President Biden's fault, that the federal government should do more to encourage domestic drilling.

"Rather than deflect blame, President Biden should consider his own culpability for higher energy prices thanks to his relentless pursuit of policies that discourage domestic energy production," Rep. Morgan Griffith said.

But even if the oil companies did what Republicans want — which is open up the petroleum spigot — production efforts would take time and it would be questionable whether that lowers prices.

"I think they should open the meeting by playing Madonna's song 'Vogue,' where she sings 'strike a pose' because this is all about posturing. You know, they know they're not going to take any steps that will make any difference," said Energy Policy Research Foundation Fellow Michael Lynch.

U.S. Retail Sales Were Flat In July As Inflation Takes A Toll

Why Aren’t There More Electric Vehicles On The Road?