Musicians Are Lobbying For Radio Royalties 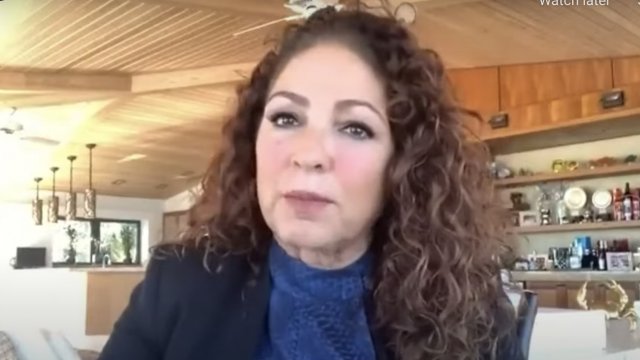 SMS
Musicians Are Lobbying For Radio Royalties
By Casey Mendoza
By Casey Mendoza
February 2, 2022
The U.S. is one of only four countries that does not pay broadcast performance royalties to musicians.
SHOW TRANSCRIPT

Grammy Award-winning artist Gloria Estefan testified in front of Congress Wednesday to advocate for the American Music Fairness Act — a bill that would compel radio broadcasters to pay musicians for their music.

"While I’m the one testifying before you today, I represent hundreds of thousands of Americans who endeavor to make a living making music," Estefan said.

While radio royalties are paid to songwriters, the United States is one of four countries — alongside China, Iran and North Korea — that does not pay broadcast performance royalties to musicians.

"Any normal person listening to music on the radio would probably think, ‘Oh yeah, the artist is being paid,' but that’s not happening," said Gwendolyn Seale, entertainment lawyer for Texas Accountants and Lawyers for the Arts (TALA).

Broadcasters have historically argued that their platforms help advertise music, promote album sales and give artists more exposure. But in today’s digital world, where music fans are more likely to tune into online streaming platforms like Spotify — which does pay royalties to artists — the argument that radio promotes music holds less weight.

**** (scratch pad) The U.S. House Committee On The Judiciary said, "The radio stations benefit from the advertising dollars, but the artists that breathed life into a song — the featured artists, the singers, producers and studio musicians — are left out."

Advocates for broadcasters argue that smaller local and public radio stations might not be able to afford the royalties, but the American Music Fairness Act does have protections for them.

Stations with revenues of less than $100,000 a year would be capped at annual royalty fees of $10. Smaller public radio stations would only pay up to $100.

"Ultimately, we’re talking here about huge broadcasting conglomerates that are earning billions of dollars in ad revenue a year that deserve to just pay for the use of music," Seale said.

In retaliation against the U.S. for not paying foreign artists, other countries that typically pay royalties to musicians withhold payments to American artists.

"The biggest hurdle has been this far to just get the word out there," Seale said.

As far back as the 1980s, artists like Frank Sinatra were lobbying for radio performance royalties, but the movement was recently spurred by musicians and their fans on social media, with more than 14,000 people signing a petition supporting the American Music Fairness Act.

"We’re in the midst of a revolution, and that revolution being that artists deserve to be paid fairly," Seale said.