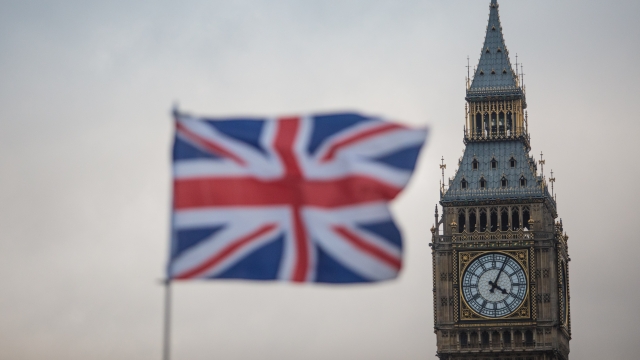 SMS
MPs Pass Amendment Blocking Suspension Of Parliament Before Brexit
By Alec Larson
By Alec Larson
July 18, 2019
The amendment would block a PM from suspending Parliament between Oct. 9 and Dec. 18 in order to force a no-deal Brexit.
SHOW TRANSCRIPT

On Thursday, lawmakers in Britain passed an amendment that would prevent a newly elected prime minister from suspending Parliament as a means of forcing through a no-deal Brexit.

The House of Commons voted 315-274 to block the suspension of Parliament between Oct. 9 and Dec. 18, which includes the weeks before and after Brexit's Oct. 31 deadline.

Several government ministers abstained from the vote in protest of the government's support for allowing the potential suspension of Parliament.

Digital Minister Margot James went so far as to resign in order to vote against the government, saying it was "time for me to make a stand."

The vote came the same day as the U.K.'s Office for Budget Responsibility released a report warning that leaving the EU without a Brexit deal could plunge Britain into a recession.

The report noted that "heightened uncertainty and declining confidence" could "push the economy into recession, with asset prices and the pound falling sharply."

Conservative Party members will vote on who will succeed Theresa May as prime minister next week. The current front-runner, Boris Johnson, has said previously that he would consider suspending Parliament in order to push Brexit through.