Masks Could Return To Los Angeles As COVID Surges Nationwide 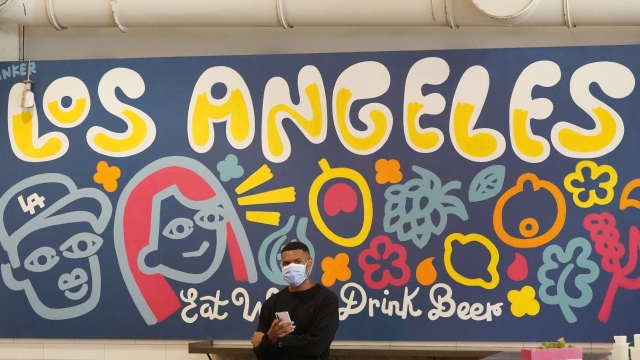 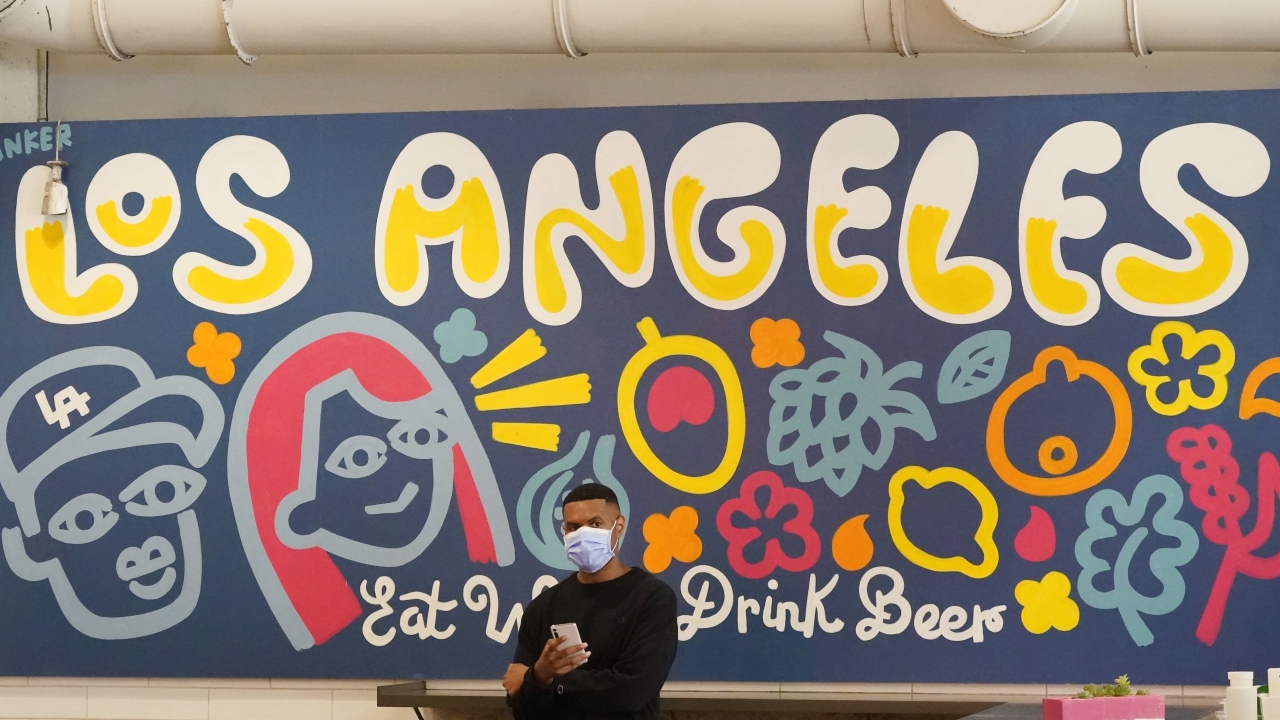 Nick Barragan is used to wearing a mask because his job in the Los Angeles film industry has long required it, so he won't be fazed if the nation's most populous county reinstates rules requiring face coverings because of another spike in coronavirus cases across the country.

"I feel fine about it because I've worn one pretty much constantly for the last few years. It's become a habit," said Barragan, masked up while out running errands Wednesday.

Nationwide, the latest COVID-19 surge is driven by the highly transmissible BA.5 variant, which now accounts for 65% of cases with its cousin BA.4 contributing another 16%. The variants have shown a remarkable ability to get around the protection offered by vaccination.

With the new omicron variants again pushing hospitalizations and deaths higher in recent weeks, states and cities are rethinking their responses and the White House is stepping up efforts to alert the public.

Some experts said the warnings are too little, too late.

"It's well past the time when the warning could have been put out there," said Dr. Eric Topol, head of the Scripps Research Translational Institute, who has has called BA.5 "the worst variant yet."

Global trends for the two mutants have been apparent for weeks, experts said — they quickly out-compete older variants and push cases higher wherever they appear. Yet Americans have tossed off their masks and jumped back into travel and social gatherings. And they have largely ignored booster shots, which protect against COVID-19's worst outcomes. Courts have blocked federal mask and vaccine mandates, tying the hands of U.S. officials.

"We learn a lot from how the virus is acting elsewhere and we should apply the knowledge here," said Ali Mokdad, a professor of health metrics sciences at the University of Washington in Seattle.

"They are not doing all that they can," Mokdad said.

The administration's challenge, in the view of the White House, is not their messaging, but people's willingness to hear it — due to pandemic fatigue and the politicization of the virus response.

For months, the White House has encouraged Americans to make use of free or cheap at-home rapid tests to detect the virus, as well as the free and effective antiviral treatment Paxlovid that protects against serious illness and death. On Tuesday, the White House response team called on all adults 50 and older to urgently get a booster if they haven't yet this year — and dissuaded people from waiting for the next generation of shots expected in the fall when they can roll up their sleeves and get some protection now.

"I do recognize that when we return to universal indoor masking to reduce high spread, for many this will feel like a step backwards," Ferrer said Tuesday.

For most of the pandemic, Los Angeles County has required masks in some indoor spaces, including health care facilities, Metro trains and buses, airports, jails and homeless shelters. The new mandate would expand the requirement to all indoor public spaces, including shared offices, manufacturing facilities, warehouses, retail stores, restaurants and bars, theaters and schools.

It's unclear what enforcement might look like. Under past mandates, officials favored educating people over issuing citations and fines.

Sharon Fayette ripped off her mask the moment she stepped out of a Lyft ride in Los Angeles Wednesday and groaned when informed another universal mask requirement might be coming. "Oh man, when will it end?" she wondered about the pandemic.

Fayette said she was exhausted by shifting regulations and dubious another mandate would be followed by most residents. "I just think people are over it, over all the rules," she said.

Barragan said he learned a harsh lesson about the effectiveness of masks when he went without a face covering at a film industry mixer last month in Los Angeles. "I thought it would be fine because we were all outdoors," said Barragan, 35. A few days later he started feeling sick and, sure enough, tested positive.

He'd avoided catching the virus for more than two years because he was religious about masking up. "The one time I took it off, I caught it!" he laughed.

The nation's brief lull in COVID deaths has reversed. Last month, daily deaths were falling, though they never matched last year's low, and deaths are now heading up again.

The coronavirus is not killing nearly as many as it was last fall and winter, and experts do not expect death to reach those levels again soon. But hundreds of daily deaths for a summertime respiratory illness would normally be jaw-dropping, said Andrew Noymer, a public health professor at the University of California, Irvine. He noted that in Orange County, California, 46 people died of COVID-19 in June.

"That would be all hands on deck," Noymer said. "People would be like, 'There's this crazy new flu that's killing people in June.'"

Instead, simple, proven precautions are not being taken. Vaccinations, including booster shots for those eligible, lower the risk of hospitalization and death — even against the latest variants. But less than half of all eligible U.S. adults have gotten a single booster shot, and only about 1 in 4 Americans age 50 and older who are eligible for a second booster have received one.

"This has been a botched booster campaign," Topol said, noting that the Centers for Disease Control and Prevention still uses the term "fully vaccinated" for people with two shots of Moderna or Pfizer. "They haven't gotten across that two shots is totally inadequate," he said.

Noymer said if he were in charge of the nation's COVID response he would level with the American people in an effort to get their attention in this third year of the pandemic. He would tell Americans to take it seriously, mask indoors and "until we get better vaccines, there's going to be a new normal of a disease that kills over 100,000 Americans a year and impacts life expectancy."

It also might not fly with people who are tired of taking precautions after more than two years of the pandemic. Valerie Walker of New Hope, Pennsylvania, is mindful of the latest surge but is hardly alarmed.

"I was definitely concerned back then," she said of the pandemic's early days, with images of body bags on nightly news broadcasts. "Now there's fatigue, things were getting better and there was a vaccine. So I would say from a scale between one and 10, I'm probably at a four."

Even with two friends now sick with the virus, and her husband recently recovered, Walker says she has bigger problems.

"Sometimes when I think about it I still put a mask on when I go into a store, but honestly, it is not a daily thought for me," she said.