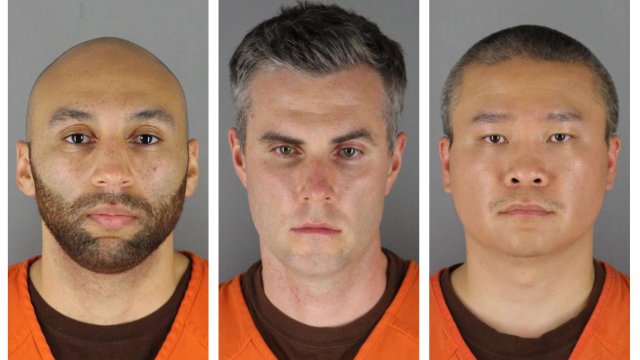 Pre-trial motions are set to take place today in Minnesota for the three other officers charged with aiding and abetting in the murder of George Floyd.

Their attorneys are expected to request that prosecutors be sanctioned in their trial.

They say information was leaked about Derek Chauvin's intent to plead guilty a year ago.

They also say information about witness coercion wasn't disclosed — alleging the Hennepin County medical examiner was forced to include "neck compression" in his findings for the Chauvin trial.

Attorney General Keith Ellison denies claims of a leak and did not comment on the alleged coercion.

Where Do You Go When You Gotta Go? America's Public Bathroom Shortage