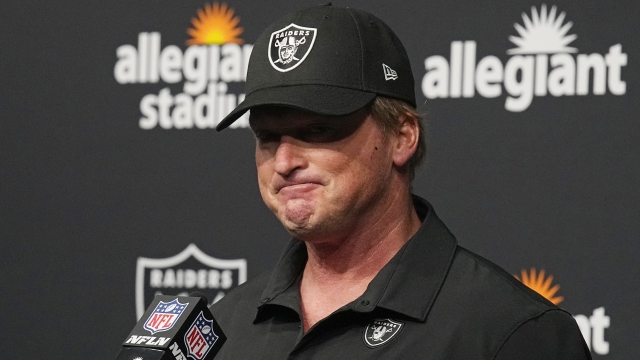 The clock has run out for Jon Gruden's time in the NFL.

The now former head of coach of the Las Vegas Raiders resigned Monday following reports detailing use of racist, homophobic and misogynistic language in emails dating back to 2010.

Taking to Twitter, Gruden wrote: "I have resigned as head coach of the Las Vegas Raiders. I love the Raiders and do not want to be a distraction. Thank you to all the players, coaches, staff, and fans of Raider Nation. I’m sorry, I never meant to hurt anyone."

Gruden's departure comes roughly four seasons into a 10-year-contract he signed with the team in 2018. He previously coached the team between 1998 and 2001.

In one of the emails, Gruden reportedly used racially insensitive language to describe DeMaurice Smith, executive director of the NFL Players Association.

Responding to news of that email on social media, Smith wrote: "The email from Jon Gruden — and some of the reaction to it — confirms that the fight against racism, racist tropes and intolerance is not over. This is not about an email as much as it is about a pervasive belief by some that people who look like me can be treated as less."

The scandal is the latest social issue to hit the NFL, which has seen pushback on lack of racial diversity in management and ownership.

An annual league report on hiring coaches and front office leaders found that last year, 27 of the 41 open positions were filled by white men and recommends players be a bigger part of the process.

The report concludes that while there has been "incremental progress," there is still "room for improvement."

125th Running Of The Boston Marathon Is Underway

The Surge In Mobile Sports Betting 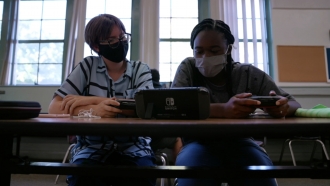