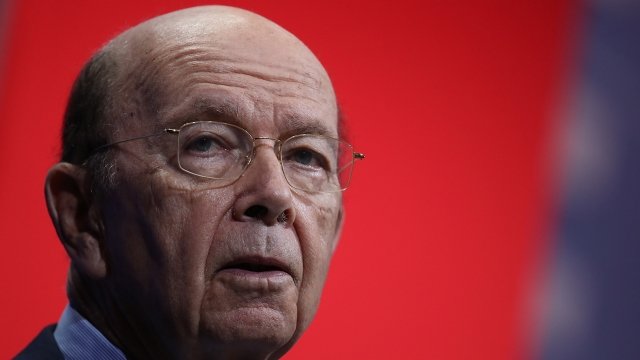 By Sebastián Martínez Valdivia
September 22, 2018
The federal judge who ordered Secretary Wilbur Ross to give a deposition has doubted the secretary's rationale for adding the citizenship question.
SHOW TRANSCRIPT

Commerce Secretary Wilbur Ross will have to give testimony about adding a citizenship question to the 2020 census.

That's the decision District Judge Jesse Furman issued Friday in one of several lawsuits challenging the question, which would ask census respondents if they're U.S. citizens.

Secretary Ross has argued adding the question would strengthen a provision in the Voting Rights Act that's supposed to prevent racial discrimination.

But the Census Bureau's yearly American Community Survey already provides citizenship data. It's been almost 70 years since the question was put to all U.S. households as part of a census.

That's why plaintiffs in the lawsuit say the administration has acted in bad faith by adding the question, an allegation Judge Furman has said the evidence supports. The plaintiffs argue the question would intimidate census participants and lead to an undercount of the noncitizen population. That could in turn affect how many representatives states are apportioned in Congress.

Justice Department lawyers have already said they will appeal the judge's decision.