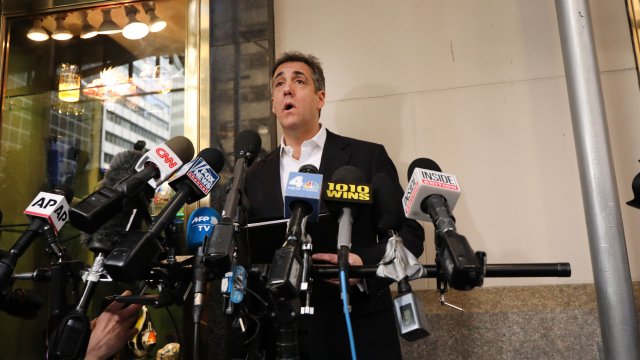 The order comes on the heels of news that prosecutors have finished their investigation into the payments. That means the material in question can now be released to the public with only minor redactions.

Federal prosecutors were looking into payments Cohen made to two women shortly before the 2016 election. Both women have said they previously had sexual encounters with President Trump, though the president has denied those allegations.

Last year, Cohen pleaded guilty to campaign finance law violations in connection with those payments, among other crimes. He began a three-year prison sentence in May.

The judge's order stipulates that the documents must be unsealed by Thursday.