Rising Costs For Pets Forcing Some People To Surrender Their Animals 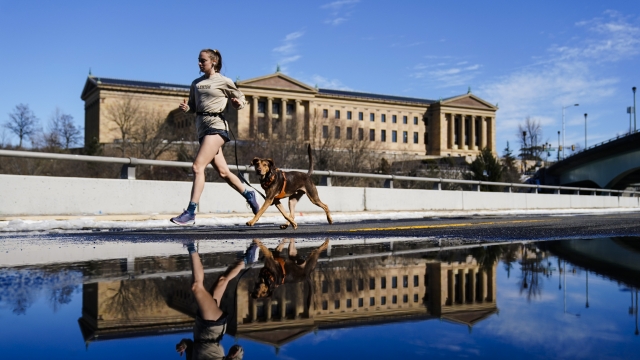 SMS
Rising Costs For Pets Forcing Some People To Surrender Their Animals
By Meg Hilling
By Meg Hilling
May 13, 2022
Costs in the overall pet category saw a 7.5% increase compared to March of 2021.

Andrew White brings his four-legged friends Oliver and Amore to his neighborhood Petco in San Diego for a little take out.

He's brought the pair to a kibble re-fill station that allows owners to use their own containers.

"Less waste and it's more affordable for everyone," he said of the arrangement.

Like many things these days, inflation has hit the price of owning a pet. A report on petfoodindustry.com finds the cost of feeding household animals was up about 6% in March over last year.

The overall pet category saw a 7.5% increase compared to March of 2021.

The pet food maker Canidae says its kibble dispenser is one way to save money. Four pounds from a station like the one White uses is $9 cheaper than buying it in a bag.

"It costs a lot of money to fill my gas tank, so if I can save a few bucks on items like this it's very helpful," he said.

The American Pet Products Association says a record $123.6 billion was spent in the U.S. last year on pets.

A pandemic-related ownership surge means 70% of American households now include a pet of some kind.

In Kansas City, the KC Pet Project is seeing animals surrendered due to financial burdens. That includes rising rents that are squeezing budgets or making it hard to find new places to live that will accept pets.

"It has just been relentless with the amount of pets coming in through our doors," said KC Pet Project Chief Communications Officer Tori Fugate. "People are calling us every week saying, 'I don't want to give up my animal, but I can't find a place to live with them.'"

One big cost is vet care. The KC Pet Project gave out more than $96,000 last year to help owners with medical bills.

The Pet Products Association says owners spent about $34.3 billion on medical care for their animals in 2021, which is the second-highest annual expense after food.

"We found that some practices are charging four, even five times more than their nearby competitors, right? For the exact same procedures. You know, neutering a cat and a dog, lab analysis, teeth cleaning, these types of procedures, five times as much," said Consumers' Checkbook Executive Editor Kevin Brasler.

Recent findings from Consumers Checkbook showed costs varied widely from veterinarian to veterinarian in seven cities they sampled. So they say if you want to save money, do some checking first.

In Florida, the Tampa Humane Society has expanded their animal pantry so folks can get free food for their dogs and cats. So far, they've given out more than 130,000 pounds of animal food.

"Hopefully things will get better," said Sherry Silk, CEO of The Humane Society of Tampa Bay. "It's got to get better because the animals really need us."