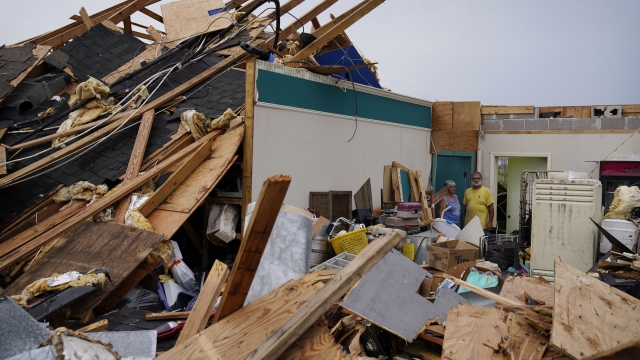 A week after Hurricane Ida tore through Louisiana, many are worried about paying evacuation bills — from rental cars to hotel rooms.

"We spent the majority of our money on hotels," said Michael Ricks.

He still has storm anxiety after staying for Hurricane Katrina. He had to be rescued then.

He says there's no way he was staying for Ida.

But he now faces another disaster of sorts — a financial one.

"I think everybody started off with at the $150 hotels now if you can get a motel. You know people are there," Ricks said. "I was financially prepared. I was calling my leaving home an evacu-cation."

Sheree Camel says she thought it would just be a 3-day trip. Days later, she says she’s already spent over $700 — just on her hotel room.

"Monday, when we decided we're going to have to say we found out that the price is going up to 120 i think $128 for the price double," she said.

People can go back home, but in many cases local officials are asking people not to. The power is still out.

The sewage system was also affected by the power outage. People are being asked not to use washing machines, dishwashers and to take showers instead of baths.

Now hundreds of thousands of Louisiana residents are stuck with mounting evacuation debt. It's a catch-22 for many evacuees. Many of them didn't have the money to evacuate in the first place.

FEMA stepped in to help pay some of those evacuation fees.

"None of this goes as fast as any of us would like especially for those who've been impacted by the storm," Stolar said.

The Federal Emergency Management Agency says they have over $76 million dollars for Louisiana.  That money can be used for things like temporary housing, food, prescriptions or even gas — for those who qualify.

Still, many are upset they had to front the initial cost to stay so many extra days.

"It's just so unfair," Ricks said. "So unfair not just to me and my family, but every family that calls the city of New Orleans home."

Ricks says he checked out of his hotel. He and several other family members are staying with relatives now. But he says he's ready to get home.