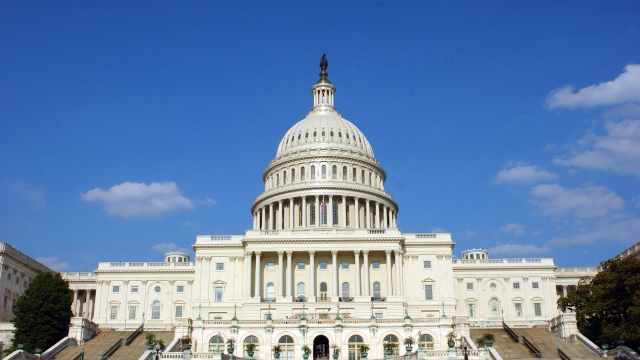 SMS
House Of Representatives Votes To Block Trump Impeachment Resolution
By Alec Larson
By Alec Larson
July 17, 2019
Rep. Al Green forced a vote on the resolution despite Speaker Nancy Pelosi's efforts to keep her party from doing so.
SHOW TRANSCRIPT

On Wednesday, the House of Representatives voted to table a resolution from Texas Rep. Al Green that aimed to impeach President Donald Trump.

The tally was 332-95, and it revealed cracks in the Democrats' stance on impeachment. More than 40% of the Democratic caucus, 95 Democrats, voted to keep the resolution alive.

Green was able to force a vote on the impeachment resolution due to a House rule that lets any member introduce a privileged resolution on the floor. He did so despite House Speaker Nancy Pelosi's efforts to hold her party from invoking the rule.

Green had previously introduced impeachment resolutions against President Trump in December 2017 and January 2018.