Giant Pandas Could Soon Be Removed From The Endangered Species List 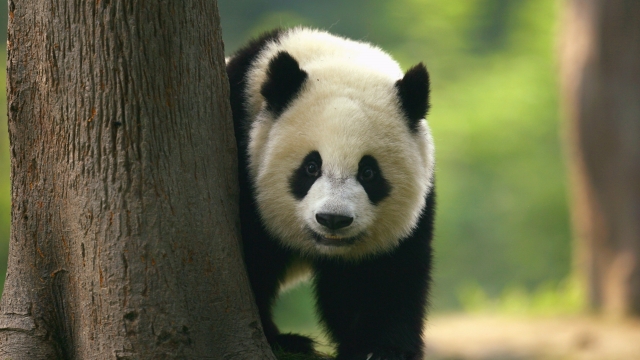 SMS
Giant Pandas Could Soon Be Removed From The Endangered Species List
By Matt Moreno
By Matt Moreno
June 1, 2016
The International Union for the Conservation of Nature (IUCN) is assessing whether the giant panda can go from "endangered" to "vulnerable."
SHOW TRANSCRIPT

Giant pandas could soon be coming off the endangered species list.

The International Union for the Conservation of Nature (IUCN) is assessing whether the giant panda can be downgraded from "endangered" to "vulnerable."

The organization is assessing the giant panda's status based on China's national survey and the pandas' habitat conditions.

The IUCN says the population increase is due in part to scientific breeding methods in captivity.

"Once a better understanding of biology and behaviour was incorporated into husbandry, captive pandas began to mate naturally and experienced exponential population growth," an IUCN official told the London Evening Standard.

Giant panda populations in the wild have also boomed over the last few years. The Chinese government reported in February 2015 that the population had increased by 268 pandas — up 17 percent from a decade ago.

The giant pandas' rise is even more impressive when looking at how few there were in the 1970s. Then, estimates said only about 1,000 pandas were left. Now, that number is more than 1,800.

IUCN officials say that boom is what first prompted this assessment of the giant panda's place on the red list — a comprehensive list of the world's conservation of species.

The IUCN hasn't revealed a timetable for when the reclassification could be made, but for a species that's been on the endangered list for over 25 years, any improvement is a welcome change.