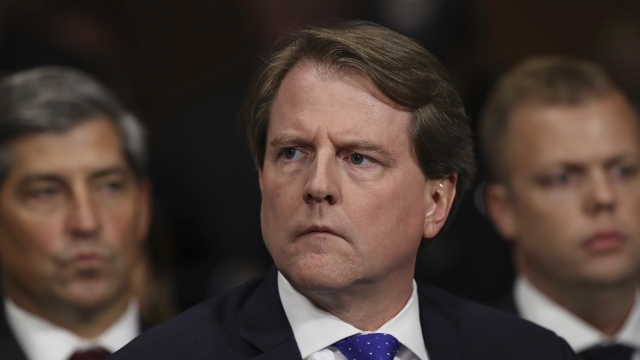 He's agreed to a closed-door meeting with the House Judiciary Committee.

Lawmakers have been wanting to hear from him since Robert Mueller's Russia investigation.

McGahn is expected to bring key testimony about former president Trump's alleged effort to meddle with the probe.