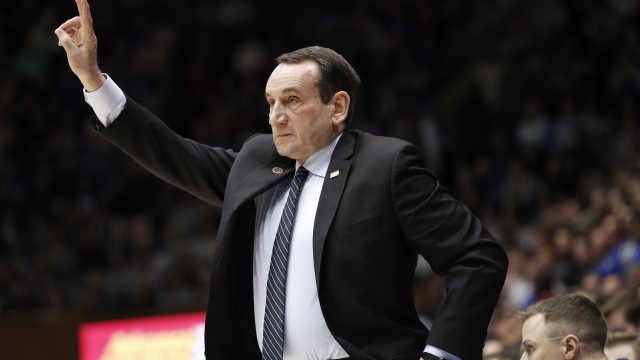 After a legendary career, Coach K may be calling it quits.

According to multiple reports, long-time Duke basketball head coach Mike Krzyzewski will retire after the 2021-2022 season.

With almost saintly status in Durham, North Carolina, the three-time Naismith Coach of the Year has led the Blue Devils to five national titles and a dozen Final Four appearances during his over four decades at the helm.

Krzyzewski – who's 74 – is the all-time winningest coach in men's Division I college basketball.

'This Is Us' Is Over: Why Audience Grief Can Feel So Real

Indigenous Languages Aren't Dead: How Music Is Upholding Them

Pop Quiz: How Does The Military Control Its Hollywood Image?