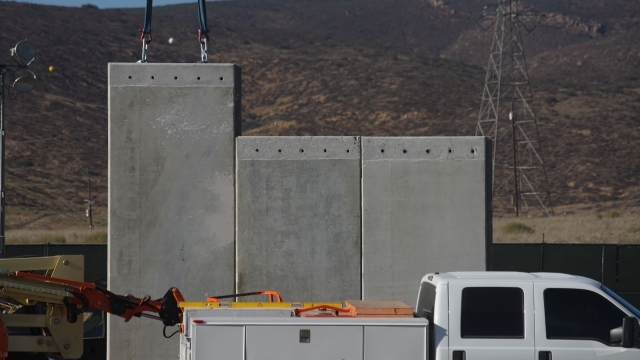 The Trump administration has asked the Supreme Court to step in and overturn court orders that have blocked use of Pentagon money for border wall construction.

Lawyers with the Department of Justice filed a stay application Friday that seeks to lift a federal judge's ruling that bars Defense Department funding for border wall projects in Arizona, New Mexico and California.

Solicitor General Noel Francisco wrote, "The harm to the government and the public from enjoining DOD’s use of the transferred funds during litigation is significant. The injunction frustrates the government’s ability to stop the flow of drugs across the border in known drug-smuggling corridors."

At issue is a recent injunction that freezes nearly $2.5 billion in funding from the Defense Department that President Trump intended to divert for border wall projects through his declaration of a national emergency at the Southern Border.

Supreme Court Justice Elena Kagan has given groups that obtained the injunction until next week to respond to the administration's request for a stay.