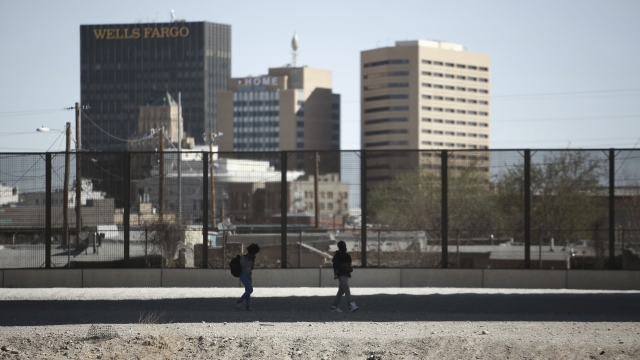 By Nathaniel Reed
March 26, 2021
Immigration bills passed by the House of Representatives are likely to flounder in the Senate without bipartisan support.
SHOW TRANSCRIPT

Of the hundreds of representatives in Congress, just nine actually represent the nearly 2,000-mile border with Mexico. Seven of them are Democrats.

This week, Newsy spoke with two who had very different views of the Biden administration's handling of the border.

"There's been a lot of back and forth communication, so I don't feel like we've been operating in a void at all," said Rep. Ann Kirkpatrick of Arizona. "They really are doing a good job."

"Some of our advice has not been taken," Rep. Raúl Grijalva told Newsy. "It needs to be taken."

Grijalva's district encompasses the vast majority of Arizona's border with Mexico. So far, he says the feds haven't done enough to reimburse local governments and nonprofits.

"It is not fair to the leadership in Ajo [Arizona] to say: 'Hey, by the way, we're Border Patrol, we're going to dump some people here, some refugees. They haven't been tested; that's your problem,'" Grijalva said.

Amid growing questions about a lack of transparency, including media access into Customs and Border Protection and Health and Human Services facilities, the representatives that Newsy spoke with had different responses.

"I just have a concern about … the children," Kirkpatrick said. "I think we need to protect them as much as possible, and I don't think that this is necessarily a PR opportunity. It's an opportunity to be humane."

"I've said from the beginning that that's a mistake," Grijalva said. "The resistance to any public presence, even from members of Congress, it was a mistake then and it is a mistake now."

"I believe in comprehensive immigration reform," Schumer told reporters Thursday. "The House has ... [passed] bills, and we're going to meet and figure out the best way forward where we can get the most done."

One of those House-passed bills would create a pathway to citizenship for so-called Dreamers, immigrants brought here illegally as kids. However, it's likely to flounder in the Senate without bipartisan support.

Most legislation needs 60 votes for passage in the Senate due to the filibuster, but Democrats only control 51.

"The expectation is for us to do something, not just to sit here," Grijalva said. "That filibuster rule is all about sitting on your hands."

The Arizona congressman told Newsy he'll vote for any reform, provided it doesn't make immigration into the U.S. more restrictive.

"It'll be one of those hold-your-nose votes later on," Grijalva said.