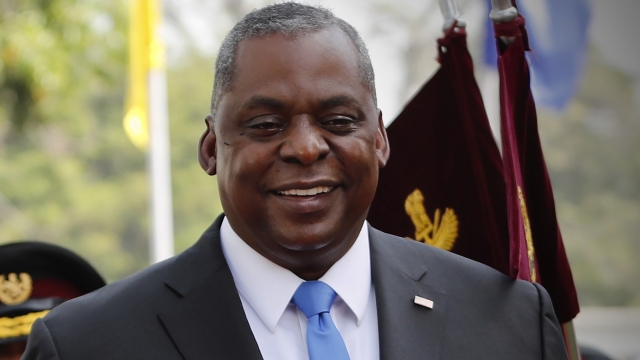 U.S. Defense Secretary Lloyd Austin met with Afghanistan officials Sunday on his first trip to the country as Pentagon chief.

This comes amid swirling questions about how long American troops will remain in the country after 18 years. Washington is reviewing the Trump administration's deal signed with the Taliban last year to withdraw troops by May 1.

The Taliban issued a statement Friday warning that if the U.S. doesn't meet the deadline, there would be "a reaction."

During Sunday's visit with Afghan officials, including President Ashraf Ghani, Austin made note that the U.S. is focused on making its exit from Afghanistan as easy as possible.

"There's always going to be concerns about things one way or the other, but I think there's a lot of energy focused on, you know, doing what's necessary to bring about a responsible end, a negotiated settlement to the war."

Austin didn't confirm an exit date for U.S. troops from America's longest war, but did say that announcement would come from President Biden.