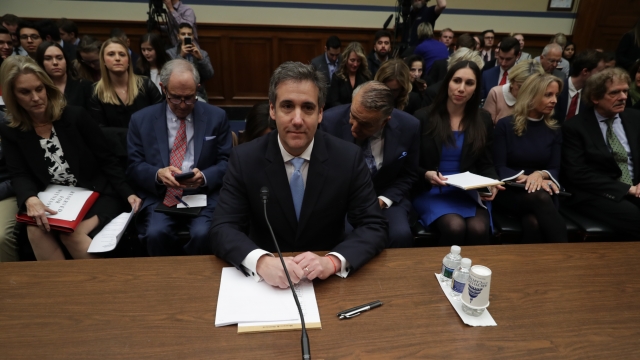 On Thursday, documents related to hush-money payments made by Donald Trump's former personal lawyer Michael Cohen were released at the orders of a federal judge.

Federal search warrants and related materials detail Cohen and the president's attempts to buy Stormy Daniels' silence about an alleged affair with Donald Trump before the 2016 election.

The documents' release marks the first time President Trump has been officially named in relation to the case, and the materials allege he was involved throughout the course of the scheme. The president has publicly denied that he was involved with the payments.

Federal prosecutors had been looking into payments Cohen made to two women shortly before the 2016 election. Both women have said they previously had sexual encounters with President Trump, though the president has denied those allegations.

The U.S. attorney's office in the Southern District of New York revealed it had also been conducting an investigation into whether any individuals "made false statements, gave false testimony or otherwise obstructed justice in connection with this investigation." But that investigation has now been closed.

Last year, Cohen pleaded guilty to campaign finance law violations in connection with the hush-money payments, among other crimes. He began a three-year prison sentence in May.