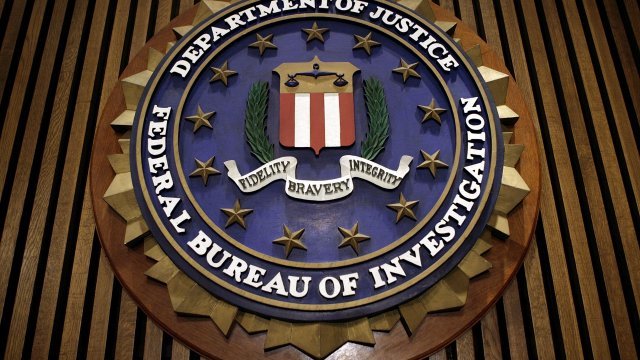 NEW ORLEANS — The FBI will fast-track a fix to address flaws in its uniform crime report and is expected to change reporting rules to encourage more transparency about the outcomes of investigations by local law enforcement agencies, following a yearlong investigation by Newsy, Reveal from the Center For Investigative Reporting and ProPublica.

The investigation uncovered a major flaw in the FBI's next-generation crime reporting system, the National Incident-Based Reporting System (NIBRS). The new system does not track cases police classify as "unfounded," a category for when police say the victim is lying or the reported crime did not occur.

In our November investigation, we found that the FBI reports zero unfounded cases for thousands of agencies using the new system, although records from those agencies show they classify many cases this way.

"You have found something that needs to be corrected," said Col. Edwin C. Roessler Jr., chairman of the FBI's NIBRS transition task force, and chief of police in Fairfax County, Virginia. "This is a crisis, an emergency."

Roessler said following the news report, he reached out to senior FBI leadership and received a commitment from the bureau last week that the FBI would move swiftly and bypass its typically lengthy requirements for advance notice to consider major policy changes. It's unclear how exactly the system will change to reflect rape cases classified as unfounded. Roessler said one possibility being discussed is to require police agencies to not only disclose the cases they classify as unfounded, but also the reasons they've done so.

"Because of the importance of the 'unfounded data' issue, this topic has been inserted into the next round and will go before the semi-annual board in June," said FBI spokesman Stephen Fischer.

"This is lightning fast compared to how this usually works," said Erica Smith, chief of the incident-based reporting unit for the Department of Justice's Bureau of Justice Statistics.

When reporters first brought the flaw to Smith's attention, she called dropping unfounded cases from the data collection unacceptable. She has since had multiple calls with FBI officials urging they address the issue and investigate whether misleading information is being released to the public.

At a meeting of the FBI Advisory Policy Board this week in New Orleans, Col. Doug Middleton, the chair of the UCR subcommittee, said that the FBI is assessing system changes in the "near future" to correct the misleading zeros currently entered into UCR data for agencies that report to NIBRS. This spring, when the board's working groups meet, a paper will be presented to discuss changes to the NIBRS data collection to "better reflect the resolution of crimes coming to the attention of law enforcement."

"Some attention has been brought to unfounding and clearing offense data," Middleton told the board. "The FBI acknowledges these concerns as more agencies move to NIBRS data collection and they are going to move to address this issue."

Mitch Beemer, the incoming president of the Association of State UCR Programs and the incident-based reporting manager for the Kansas Bureau of Investigation, told Newsy after the meeting that he thinks his members would support a change to track unfounded cases in the NIBRS data.

"We have a concern as an association about any gaps in data, any gaps in criminal justice data," Beemer said. "It would help us give one more check of our local agencies to see how often it might be occurring."

Law enforcement agencies have for decades been criticized for misusing the "unfounded" designation, leading to scandals in Baltimore, Philadelphia, New Orleans and elsewhere. An earlier FBI and Bureau of Justice Statistics joint task force cited a scandal in Chicago and explicitly recommended that unfounded cases continue to be tracked under the NIBRS system — neither the BJS nor FBI provided an explanation for why the recommendations were not followed when NIBRS was originally implemented in 1989.

Currently, about 40 percent of police agencies across the nation have transitioned to using NIBRS and are affected by the flaw. All police agencies are expected to switch to NIBRS by Jan. 1, 2021.

The FBI is expected to work over the next several months on drafting recommendations to be voted on in June at the next meeting of the full Advisory Policy Board. If approved, the recommendations go to the FBI director for implementation.