Can The Texas Power Grid Handle Demand Under A Heat Dome? 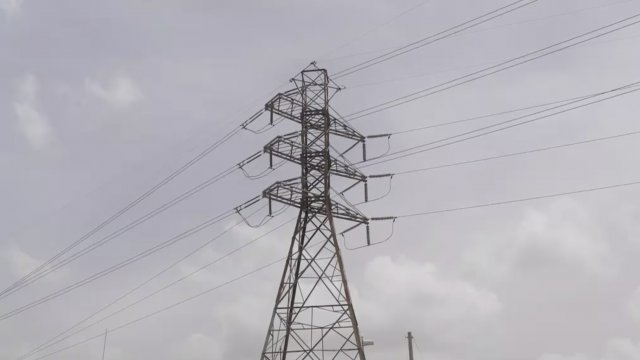 SMS
Can The Texas Power Grid Handle Demand Under A Heat Dome?
By John Mone
By John Mone
July 12, 2022
The high heat in Texas is upping demand for power to stay cool, setting records for power consumption in the state.

With temperatures around 100 degrees — and it feels hotter than that — Houston, Texas residents are once again coping with humid, record heat.

And so are the visitors.

The fourth largest city in the U.S. has opened dozens of cooling centers for the vulnerable, senior citizens and those who just want to cool off.

Lone Star State residents have been living and working under a heat dome that has been sizzling Texas for a week. Triple digit temperatures and excessive heat advisories across the state are firing up power demand to stay cool, putting record stress on a vulnerable electric grid.

The state's grid operator — ERCOT, or the Energy Reliability Council of Texas — called for voluntary cut backs in power use Monday, once again putting the governor on the defensive. But the agency saying wind generation will pick up the slack for beleaguered coal and gas power plants.

"ERCOT's been working really hard to make sure we've got excess capacity available to meet whatever load conditions we have," said Bill Flores, vice chair of ERCOT. "It's incumbent on Texans to behave carefully and responsibly so we don't contribute to any kind of hiccup."

The worst case scenario would be rolling black outs to make sure the entire grid doesn’t  teeter on the edge of collapse and repeat the nightmare winter freeze of 2021. But ERCOT says it has enough capacity to handle the hot demand.

"We've got another gigawatt of reserve for emergency response service we can pull if we need to add capacity," Flores said. "So we do have a little bit extra, but it will be tight."